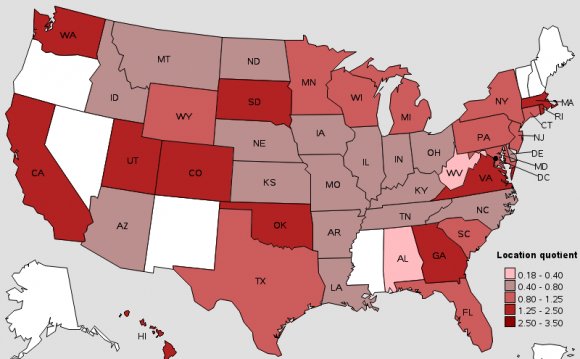 Landscape architects combine artistic abilities with technical skills in designing home developments, gardens, parks and commercial areas, working in cooperation with engineers and planning professionals. They also play a role in safeguarding the environment by helping restore natural areas, such as wetlands and forests. Landscape architects must earn an accredited master's or bachelor's degree in the major and pass a national licensing exam. On average, a master's degree commands a higher starting salary than a bachelor's.

The Advantage of Mastery

The average annual wage for landscape architects overall was $68, 030 annually in 2012, according to the U.S. Bureau of Labor Statistics. Salaries ranged from $38, 450 or less for the lowest-earning 10 percent to $101, 850 or higher for the top 10 percent. More than half of landscape architects worked for architectural and engineering services, which paid an average of $68, 940 per year. The BLS doesn't report salaries separately by the highest degree earned.

Jobs for landscape architects will increase 16 percent between 2010 and 2020, predicts the BLS, only slightly faster than the 14 percent average for all jobs. Concerns about sustainability and the environment will help increase employment for landscape architects. Although the BLS expects good prospects overall, the competition for positions at top firms will be keen. Architects with internship experience, an understanding of environmental laws and good technical and communication skills will have the job market advantage.