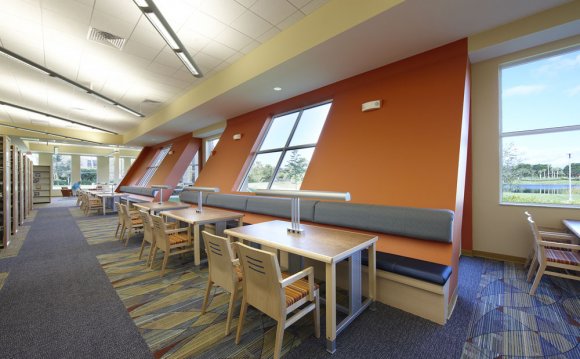 Castles in the sky … it's time we changed the way architects are trained in the UK. Illustration: Lee Gould.

She stood paralysed, frozen in front of a wall of immaculate drawings of impossibly elaborate visions: airships dragging contraptions across moon-rock landscapes, fleets of hover vehicles gliding to and fro. It could have been the storyboard for the next 3D superhero extravaganza from Marvel Studios – but it was in fact the final diploma project of a student at one of the UK's leading architecture schools.

The question I had asked, which sent the student into dumbfounded shock, was: "Why have you done it? What does it mean?"

It is a mystery that has recurred in recent weeks, as I've sat on panels of external critics at a range of schools, watching students present their projects for feedback. It has been an illuminating experience, seeing the mesmerising display of graphic ability and modelling skills – but not one without frustrations.

Time and again, the projects seemed intent on fleeing the real world of people and places, scale and context; retreating instead into fantasy realms of convoluted forms with no seeming purpose. There were scaleless worlds of splintered shards and riverine landscapes, in which forlorn mechanisms had been implanted like post-apocalyptic ruins of a distant-future race. Clouds of lines and layers were regularly employed as a smokescreen to disguise the fact that there wasn't really an idea at all: visual complexity masking conceptual thinness.

Elsewhere, data was the order of the day, with sinuous blobs generated by computer-scripted commands, wrenched into algorithmic oblivion then squirted out on a 3D printer. This was generally a process so tortuous that students had forgotten quite where their starting point was – or even what their building was for.

Other projects were staged in near-future scenarios of such complexity – with new legal, social and political structures – that after half an hour of explanation, the assembled critics were none the wiser as to what the student was proposing.

Bizarrely, architectural education – the discussion of places and spaces, cities and landscapes, a discipline of engaging with the world around us – has been allowed to stagnate in the UK as a hermetic, inward-looking pursuit for more than 50 years. The extended three-part system, which takes a minimum of seven years to complete, is still based on the model that emerged from the RIBA Conference on Architectural Education in 1958.

With tuition fees now standing at £9, 000 per year, as well as the added costs of printing, laser-cutting, field trips and living expenses, students can expect to graduate with debts of £100, 000 or more – at a time when there are few job opportunities in the profession. It has never been more urgent to call out the emperor's new clothes, to question those courses that are only there to further the theoretical position of their tutors.

The architect's role has also increasingly diminished since the days of the 50s maestro sitting at his drawing board dreaming up brave new towns for the postwar world. Architects' position at the top of the pyramid has been eroded by the proliferation of sub-consultants for every stage of the process, as well as the rise of contractor-led forms of procurement, in which the architect is often sidelined altogether. Faced with all this, a retreat into the world of arcane academia must be enticing.

But there are signs that long-awaited pressure for change is gathering momentum. A recent report by the UK Architectural Education Review Group recommended scrapping the three-part system altogether, and has suggested shortening the length of courses, as well as letting students carry out their studies alongside paid work.

This is a rallying cry Will Hunter, of the Architectural Review, has taken up with his campaign for Alternative Routes for Architecture, or the "promotion of architecture as a problem-solving spatial discipline engaged with the challenges of the real world". Launching this academic year, it is conceived as a 21st-century apprenticeship, with a reciprocal relationship between practices and students, focusing fees on tuition by reducing the overheads of a fixed school.

In a similar vein, Sam Jacob of FAT Architecture recently began a night school programme at London's Architectural Association, returning to the roots of the Bedford Square bastion as an informal bi-weekly gathering of architects convening to discuss their work with critics. "We hope to turn the culture of architecture schools inside out, " says Jacob, "to offer it up to a wider audience of students from other schools, to recent graduates and professionals buried deep in practice, and to the general public."

While these fringe initiatives could offer alternative ways forward, it is the big university courses that need to be radically rethought. With European schools, from Switzerland to Denmark, offering much lower fees and an often stellar cast of tutors, students may well begin voting with their feet.