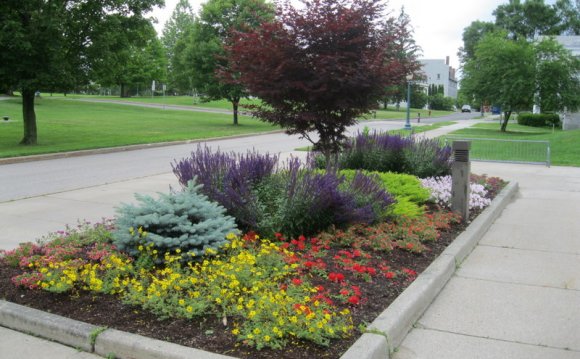 Some mysteries from a short sequence of photographs: What is a man doing standing inside the metal legs of an electrical transmission tower with his back turned to the camera, hat in hand? Is he contemplating the landscape before him, is he lost in thought, is he avoiding the photographer? Then, what appears to be the same hat reappears in the next photograph. This time on the ground, beside two suspicious loops of unconnected metal surfacing from the dirt. In the next photograph, a similar hat appears in the shadow of the head of a man (the photographer?) in a composite view of landscapes damaged by a storm. In the photo that follows a man stands alone by the side of a road, hatless and surrounded by swirls of light that encircle his lone figure and the blur of a passing car. Are these simple mistakes in developing the negative, or is he being encompassed within some kind of energy field?

This brief sequence of historic photographs shows people surrounded by the landscapes of their time. It represents only thirty pictures out of a collection of over seventy thousand. The selection is not a history of either land or people, but a non-chronological narrative. It’s a visual response to photographs that are more than simple records of the past. The promise of this collection is that it embodies a history that is more poetic than descriptive.

The word “landscape” seems straightforward enough, but there are only eleven pictures to be found when inserting it into the Edison Collection’s search engine. Instead, these pictures were chosen from the thousands that result from searching different words related to a built environment: houses, dwellings, scene, scenery, field, street, earthquake, accident, home, lighting, natural disasters, parking lots, cityscape, recreation, outdoor and view.

The photographs from these searches show the creation of a massive infrastructure built over decades to store water, generate and transmit electrical power and build homes. They follow an industrial transformation of the land and appear to advocate for new lifestyles and new forms of recreation. They show new architecture styles and all-electric houses being built for newly arriving inhabitants to Los Angeles and surrounding communities. They show a landscape being built by people for people.

The pictures have an aura of optimism. The building of dams and transmission lines can be viewed as signs of accomplishment and the photographs commemorate what was surely seen as work necessary for building a better future. New homes under construction showed progress and all electric living was an improvement over the past. Technology represented ingenuity in the service of a greater good. The photographs assure us that growth could be planned with care. The threat of accidents and disasters were being dealt with through documentation and study.

Today we might read these same photographs with a healthy dose of skepticism. The housing developments popping up in Los Angeles in the1950’s and 60’s, depicted as models of all electric living, became the focus for a far more ambivalent view by fine art photographers in the 1970’s. The photography exhibition “New Topographics” mounted by the George Eastman House in Rochester, New York in 1975 (and re-presented at the Los Angeles County Museum of Art in 2010) marked a major shift in thinking about the man-altered landscape less than twenty years after Edison photographers recorded this postwar suburban landscape being built. The exhibition presented the landscapes of southern California, among others, as having been decisively changed by development and urbanization – often not for the better. Ironically, the later photographs, shown in an art context, were not stylistically dissimilar to the work of some Edison photographers, though the difference in purpose is striking. To be fair, the issues behind the work were and remain complex. But the photographs of New Topographics made forever suspect the idea of any simple interpretation of landscape photographs. Development and progress are no longer seen from a single perspective. We cannot look at a historic photograph with the same eyes as someone from the past.

Many contemporary art photographers of the urban landscape have become well known for their work. By contrast, the photographers who made the Edison pictures are not well known even though some had long careers. Fortunately the Edison photographers can be searched by name. G. Haven Bishop, Joseph Fadler and Doug White are among my favorites. Combing through the photographs I can almost tell who made which picture by looking at their compositions. The best images were the result of honed personal skills and individually applied decisions. The tools used were among the most professional and traditional for landscape photography, including 8x10 view cameras that are still chosen today by art photographers for their large negatives and sharp detail.

In the best of the Edison photographs the photographer is not simply the transparent recorder of an event or a subject. Rather it’s clear that the photographer is a participant in the making of the image, conveying not only the view before the camera, but also how the view must be seen. That vision, sometimes quirky, sometimes humorous, sometimes as much about what is not being shown as what’s included in the picture, gives a striking number of these photographs their ability to move past a simple description. It leaves them open for new interpretations, and for alternative meanings to emerge. When it comes to a history of images, one couldn’t ask for more.