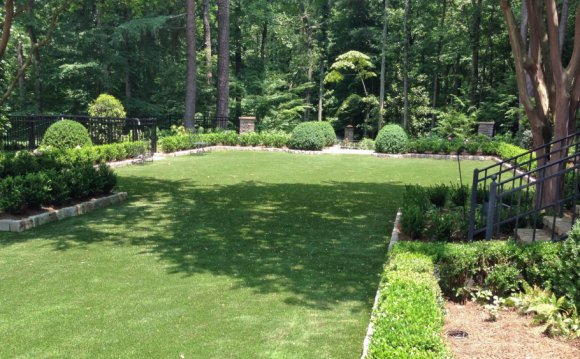 Acclaimed author and ecologist Douglas Tallamy explains the reasons behind the decline of native flora and fauna, and how we can work to reverse it from our own backyards.
Photos and story by Douglas Tallamy

You have probably never thought of your property as a wildlife preserve representing the last chance we have to sustain plants and animals that were once common throughout the US. But that is exactly the role our suburban and urban landscapes are now playing – and will play even more in the near future.

If this is news to you, it’s not your fault. We were taught from childhood that the plantings in our yards are made mostly for beauty; they allow and encourage us to express our artistic talents, to have fun, and to relax. And whether we like it or not, the way we landscape our properties is seen by our neighbors as a statement of our wealth and social status.

But no one has taught us that we have forced the plants and animals that evolved in North America (our nation’s biodiversity) to depend more and more on human-dominated landscapes for their continued existence. We have always thought that biodiversity was “happy somewhere out there in nature”: in our local woodlot, or perhaps our state and national parks. We have heard nothing about the rate at which species are disappearing from our neighborhoods, towns, counties, and states. Even worse, we have never been taught how vital biodiversity is for our own well-being.

We Have Taken It All

The population of the US, now over 304 million people, has doubled since most of us were kids, and continues to grow by roughly 8, 640 people per day. All of those additional souls – coupled with cheap gas, our love affair with the car, and our quest to own ever larger homes – have fueled unprecedented development that continues to sprawl over 2 million additional acres per year (the size of Yellowstone National Park). We have connected all of our developments with four million miles of roads; their paved surface is five times the size of New Jersey.

Somewhere along the way we decided to convert the forests that used to cover our living and working spaces into huge expanses of lawn dotted with a few small, mostly nonnative trees. So far we have planted over 62, 500 square miles – some 40 million acres – in lawn. Each weekend we mow an area eight times the size of New Jersey to within an inch of the soil and then congratulate ourselves on a job well done.

And it’s not as if those little woodlots and “open spaces” that we have not paved over are pristine. Nearly all are second-growth forests that have been thoroughly invaded by alien plants like autumn olive, multiflora rose, bush honeysuckle, privet, Oriental bittersweet, buckthorn, and Japanese honeysuckle. More than 3, 400 species of alien plants have invaded over 200 million acres of the US.

To nature lovers, these are horrifying statistics. I stress them so that we can clearly understand the challenge before us. We have turned 54 percent of the lower 48 states into a suburban/urban matrix, and 41 percent more into various forms of agriculture.

That’s right: We humans have taken 95 percent of nature and made it unnatural.

But does this matter? Are there consequences to turning so much land into the park-like settings humans enjoy? Absolutely, both for biodiversity and for us. Our fellow creatures need food and shelter to survive and reproduce, and in too many places we have eliminated both. State Natural Heritage Centers have estimated that as many as 33, 000 species of plants and animals in the US are now imperiled – too rare to perform their role in their ecosystem. These species can be considered functionally extinct. The songbirds that brighten spring mornings have been in decline since the 1960s, having lost 40 percent of their numbers so far. One hundred twenty-seven species of neotropical migrants are in steep decline. In fact, a survey of our nation’s bird populations, commissioned by former President Bush, has found that one-third of our nation’s birds are endangered.

Why We Need Biodiversity

For most of us, hearing such numbers triggers only a passing sadness; few people feel personally threatened by the loss of biodiversity. Here’s why you should. Biodiversity losses are a clear sign that our own life-support

systems are failing. The ecosystems that support us – that determine the carrying capacity of the earth and our local spaces – are run by biodiversity. It is biodiversity that generates oxygen and cleans water, creates topsoil out of rock, buffers extreme weather events like droughts and floods, pollinates our crops, and recycles the mountains of garbage we create every day.

And now, with human-induced climate change threatening the planet, it is biodiversity that, if given half a chance, will suck that carbon out of the air and sequester it in living plants. Humans cannot live as if they are the only species on this planet. Why? Because it is other species that create the ecosystem services that are so essential to us. Every time we force a species to extinction, we are encouraging our own demise. Despite the disdain with which we have treated it in the past, biodiversity is not optional.

Parks Are Not Enough

I am often asked why the habitats we have preserved within our park system are not enough to save most species from extinction. Years of research by evolutionary biologists have shown that the area required to sustain biodiversity is pretty much the same as the area required to generate it in the first place. The consequence of this simple relationship is profound. Since we have taken 95 percent of the US from nature, we can expect to lose 95 percent of the species that once lived here unless we learn how to share our living, working, and agricultural spaces with biodiversity. Ninety-five percent of all plants and animals! Now there is a statistic that puts climate-change predictions of extinction to shame.

And studies of habitat islands with known histories, such as Barro Colorado Island in the Panama Canal and Ashdown Forest in England, suggest that these predictions are accurate. Species are lost in the same proportion in which a habitat is reduced in size. The good news is that extinction takes a while, so if we start sharing our landscapes with other living things soon, we should be able to save much of the biodiversity that still exists.

What will it take to give our local animals what they need to survive and reproduce on our properties? Native plants, and lots of them. This is a scientific fact deduced from thousands of studies about how energy moves through food webs.

Here is the general reasoning: All animals get their energy directly from plants, or by eating something that has already eaten a plant. Insects are the group of animals most responsible for passing energy from plants to the animals that can’t eat plants. This fact is what makes insects such vital components of healthy ecosystems. So many animals depend on insects for food (e.g., spiders, reptiles, amphibians, rodents, and 96 percent of all terrestrial birds) that removing insects from an ecosystem spells its doom.